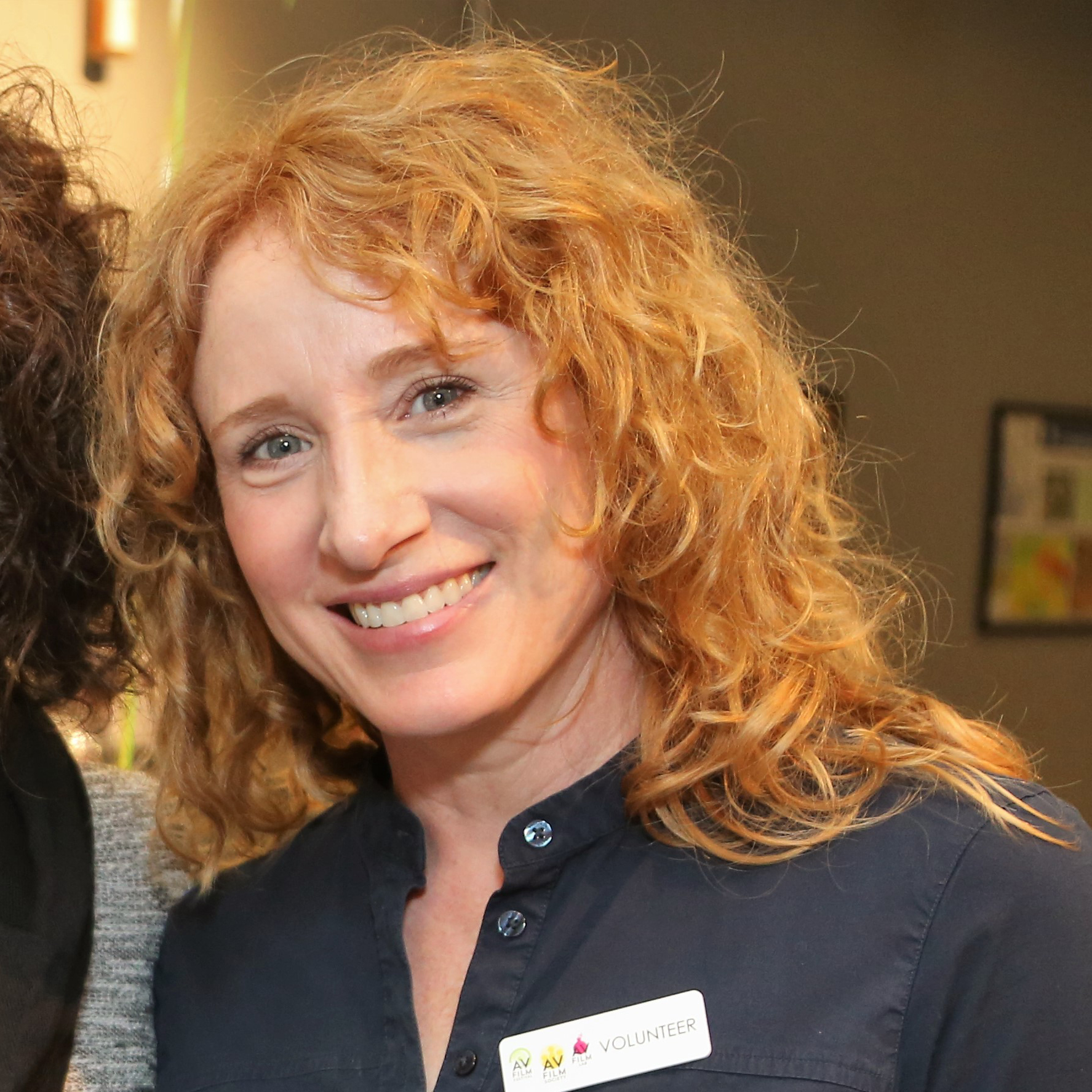 Chair
Jenny (she/her) is an independent film producer. Her award-winning films have played around the world in festivals from Cork to Aspen, and her feature film THE WEEK is currently streaming on Amazon Prime. Jenny believes that filmmaking enriches lives and that students of all ages should have access to this essential and vital art form. When Jenny isn’t making movies, you can find her huffing and puffing up Fitch Mountain with her dog Annie, yelling at the top of her lungs at one of her teen sons’ sporting events, or making dinner with her husband Rick in the kitchen of their Healdsburg farmhouse. 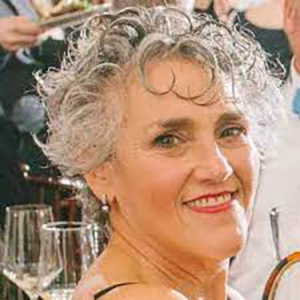 Vice Chair
Hillary (she/her) is a retired trial and appellate attorney who spend most of her career representing abused, abandoned, and neglected children. Since moving to Dry Creek Valley in 2015, Hillary is busy in her garden, volunteering around the area, running, hiking, and biking, and trying to become proficient in Spanish. She lives with her husband Michael and their adorable Labrahula (really a mutt) Ziggy. Hillary’s first love was film. She spent her tweens holed up in a local theater watching classic films, her parenting years watching thrillers, and until COVID, never went more than a week or two without a movie theater experience. She loves movies —- but mostly loves to watch them on the big screen with the “ooohs” and “ahhhhs” of her fellow moviegoers around her. 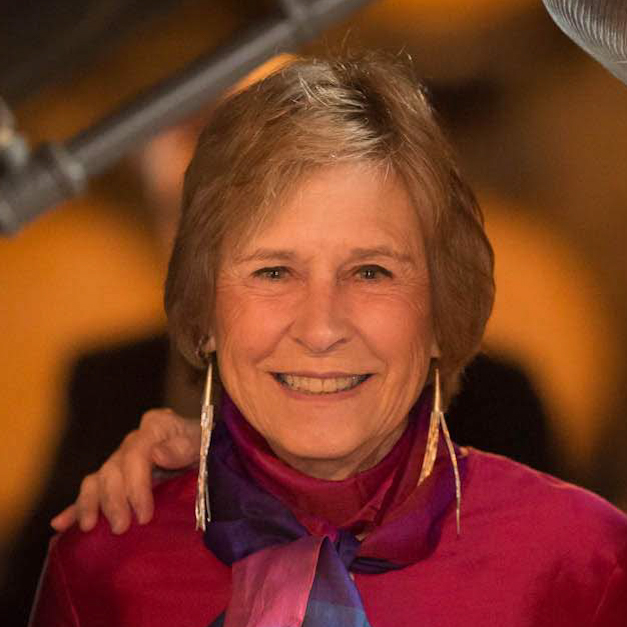 Secretary
Ann (she/her) joined the board of AVFilm in 2019. She and her husband, Larry Lossing, have practiced law together for 40 years, most of it in San Francisco. Now full-time in Sonoma County, Ann enjoys country living, spending days in the gardens and orchard. Education in all its forms and formats, including film, has always been a very high priority for her. She lived part-time in desperately poor Niger in the early 2000s where she saw first-hand that video could be an effective tool to educate a mostly illiterate community. Ann serves on the HR committee, a good assignment for an almost retired lawyer who specialized in employment law. 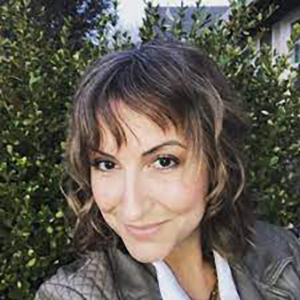 Treasurer
Jeanne (she/her) is a non-profit professional with nearly two decades of development and leadership experience. As Executive Director for the American Heart Association, she currently leads the organization’s North Bay efforts to achieve health equity for all through transformative partnerships with local businesses and volunteers. An actor and classic film buff in her youth, Jeanne has always had a passion for the arts. She earned her BA in Film Studies at UC Santa Barbara and her early career includes development roles with San Francisco Film Society, California Film Institute and Stanford Jazz Workshop. When Jeanne is not building powerful partnerships and solving problems with creativity, strategy, and passion in service of the community, she enjoys swimming, cooking, travel, and spending time with her husband and two young children. 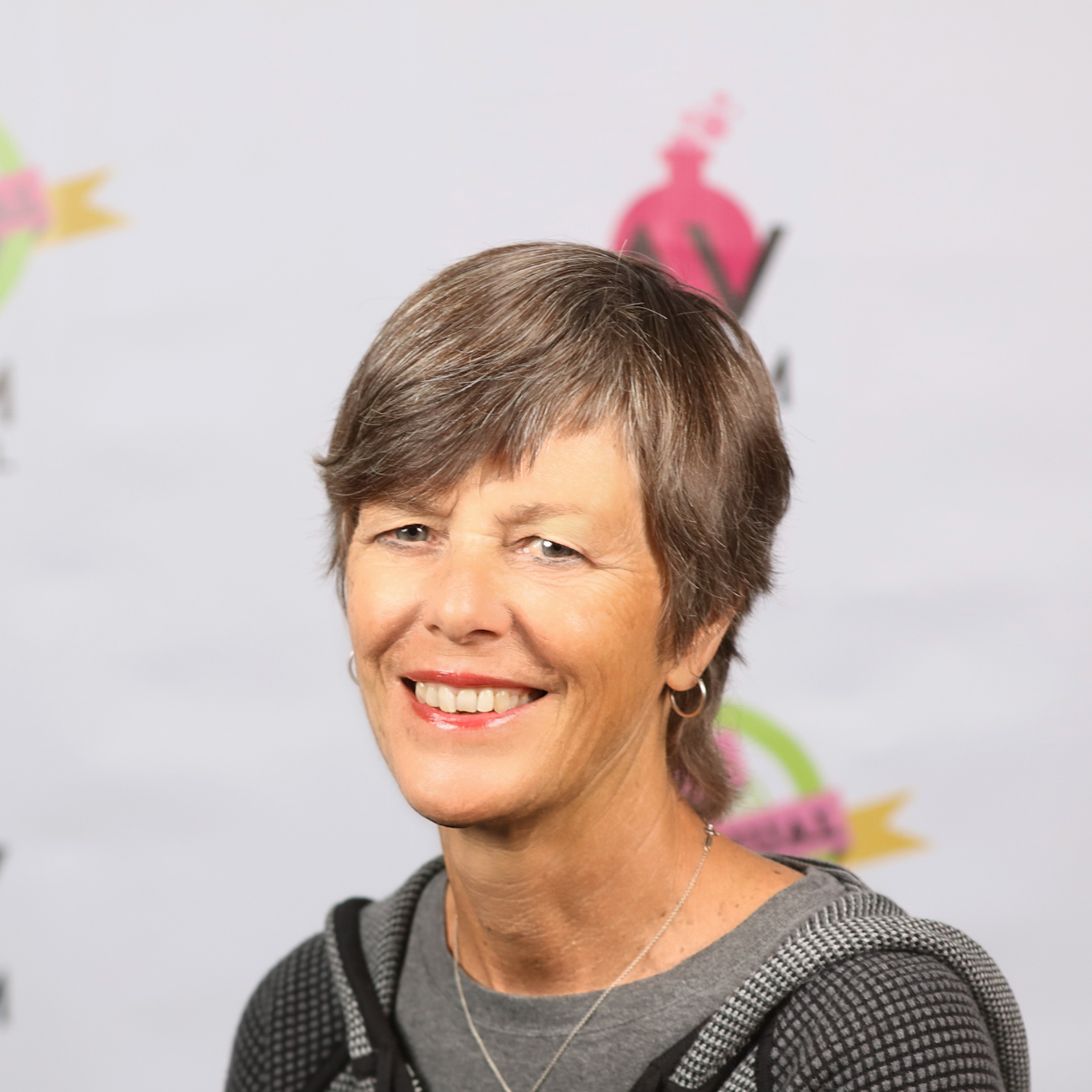 Sue (she/her) joined the AVFilm Board in 2019 and is currently serving as the Chair of the Board Recruitment & Development Committee. She spent her career as a healthcare management consultant, initially for Accenture and then at Kaiser Permanente. She has also served on numerous non-profit Boards. Sue is passionate about film, having volunteered and then worked for the Mill Valley Film Festival for a number of years. She also attends film festivals regularly, including Mill Valley, San Francisco, Sundance, Telluride, Palm Springs, Santa Barbara, Seattle, Toronto, and Cannes. Besides film, she loves reading, hiking, and traveling, as well as her husband John and her dog Rodeo. 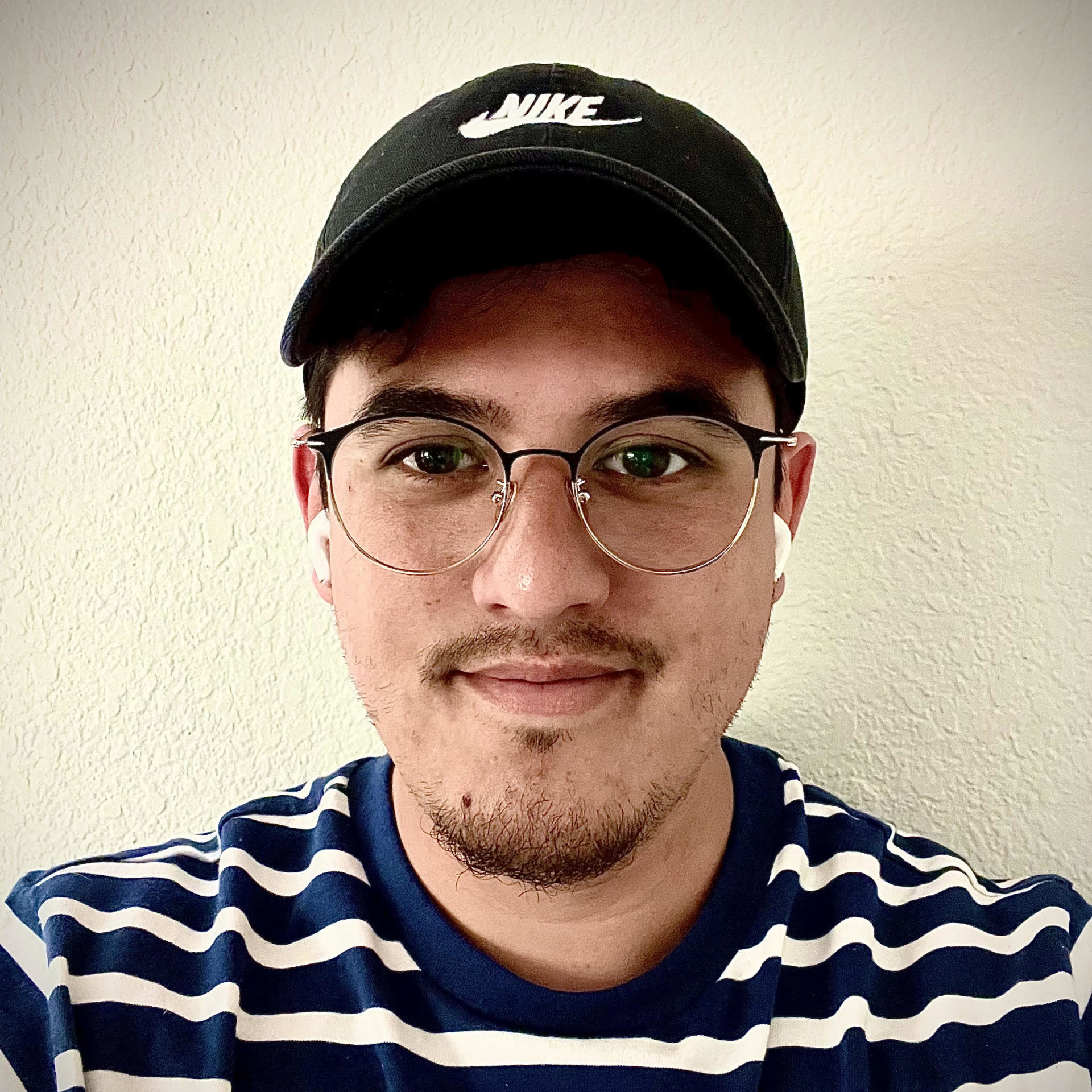 Diego (he/his) is originally from Uriangato, Guanajuato, Mexico. Diego studies literature, art, culture, and philosophy at San Francisco State University. He is currently the Youth and Teen Education Coordinator at Corazon Healdsburg and he runs the day-to-day operations of the After School Teen Center for Healdsburg High School. Diego believes art must be defended, persevered, and democratized. He has dedicated his academic career and uses theory and philosophy to not only analyze works of art, but to deduce their cultural significance and stand-alone beauty, and he would like to teach others who share the same dedication to art to do the same. No work of art was created in a vacuum, and Diego believes that art is a labor, however fatigue-inducing it becomes. Diego’s interest in art peaks at the genealogical study of art and its cultural significance. 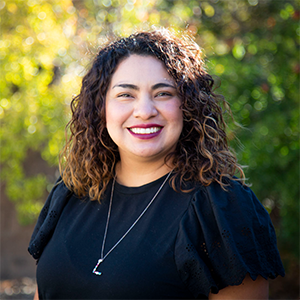 Lizbeth (she/her) was born in Mexico City and has resided in Healdsburg since 2001. Lizbeth is the Programs Manager at Corazón Healdsburg. A film enthusiast, she is also passionate about her community and has experience working in Mexico as a Social Worker and Adult Educator. Lizbeth has first-hand experience with the challenges of being an immigrant including language barriers, lack of understanding of community systems and requirements, cultural differences, struggling for affordable housing and feeling isolated in her search for better opportunities in life. In 2008, when her first son started kindergarten at Healdsburg Elementary School, Lizbeth got involved with the English Learners Advisory Committee (ELAC). For many years, she has encouraged other parents to develop leadership skills to make their voices heard in order that Healdsburg Schools meet the needs of all children. Lizbeth is a part-time student at SRJC, studying to become an accountant. In 2019, Lizbeth received the Jackie Hoffner Heart & Hope Award for her heart, passion, community impact and optimism. 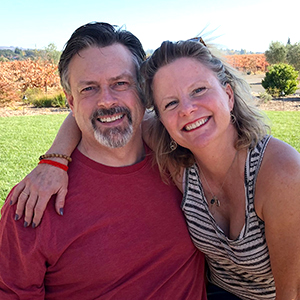 Randall (he/his) is an attorney focusing on social justice issues. Having served as a "big-law" associate and partner for over 30 years, Randall's practice is now oriented towards the pro bono representation of undocumented migrants in asylum and related matters. Randall, his wife Sarah, and their two exuberant dogs, enjoy the glorious North County sunsets, the wonderful wine and myriad recreational opportunities in the area! Randall is also a (bad) guitar player in a rock band, relying on the ability of volume to disguise a lack of talent. Some of you may hear him from time to time (followed by shouts to turn it down!). Randall and Sarah split their time between Oakland and Cloverdale (Asti). Randall also serves as AVFilm's legal counsel. 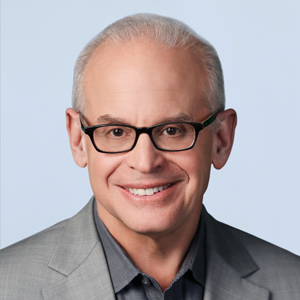 Jeffrey Schlesinger (he/him) is currently the Founder and CEO of Former Bros. Media LLC. Founded in January 2022, the company provides strategic advice to a variety of media clients including Canal Plus, Dick Wolf Productions , Archie Comics/Studios, and Genius Brands. He additionally is an investor and advisor to several early stage "entertainment-tech" companies including Vuulr, Meta Media and Open Sesame. For the prior 8 years Jeff was President of Warner Bros. Worldwide Television Distribution, overseeing the sale of all films and television programming from Warner Bros., HBO, and Turner Broadcasting to broadcast networks, pay tv services, cable networks, satellite broadcasters, and streaming services around the world. Prior to that position he was President of International Television Distribution at Warner Bros. since 1994. He was at the company for 37 years, joining Telepictures in 1983 and rising through the ranks through 5 successive mergers including Lorimar, Time, Turner, AOL and AT&T. In this last position, he oversaw a global sales organization, as well as 26 production companies in 14 countries acquired under his leadership. He helped create and sat on the Boards of several joint venture pay tv film services including HBO Latin America, HBO Asia, and The Movie Network in Australia. Prior to joining Warner Bros. Jeff worked in the international division of Universal Television, Children's Television Workshop (Sesame Street) and as the National Sales Manager for Astral Television in Canada. After graduating from the film school at New York University, he worked as a film editor for independent producers and the long running CBS new program "60 Minutes". 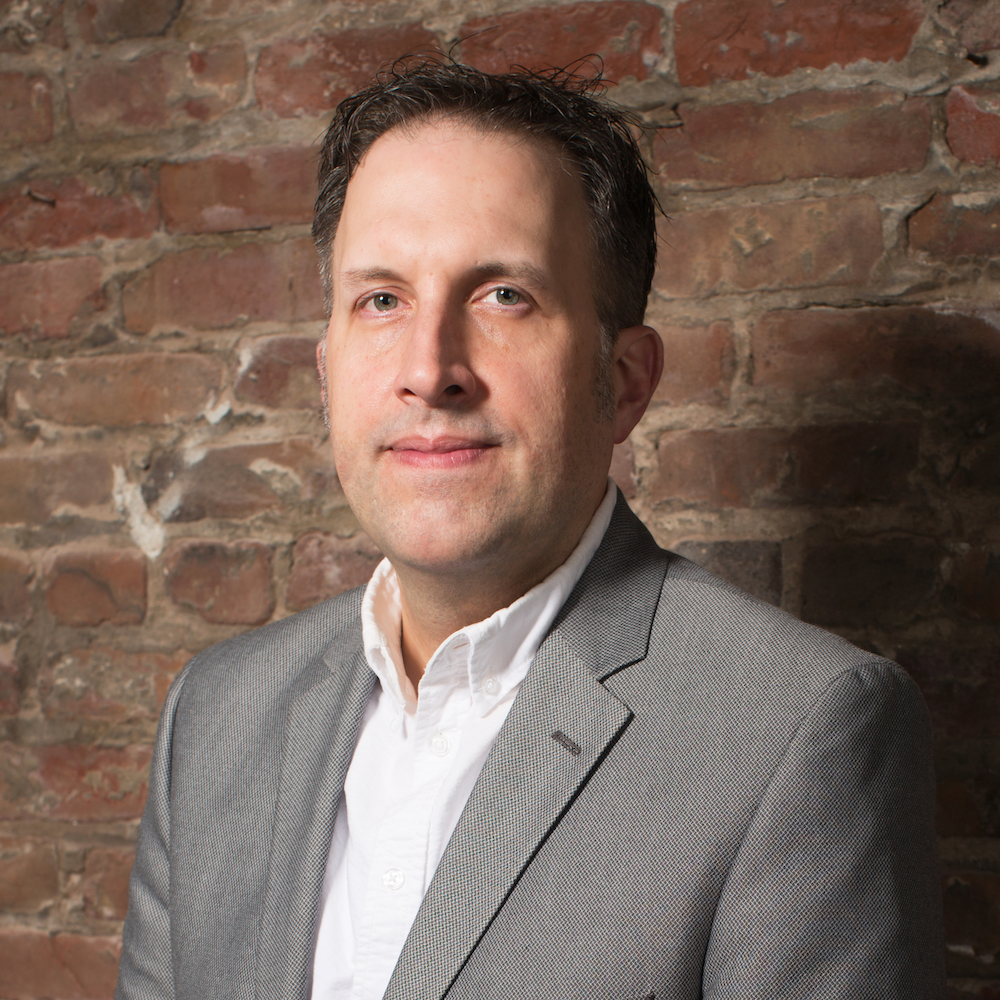 Jonathan Marlow (they/them) is an occasional curator, composer, cinematographer and intermittent film producer and filmmaker with a handful of award-winning shorts and feature-length projects to their credit. Prior to concurrent roles as Chief Strategy Officer of PROJECTR and Executive Director of PARACME, Marlow was (or continues-to-be) affiliated with numerous film festivals (including Telluride, Crossroads, Chicago Underground and Camera Obscura), film institutions (IFS [aka Flaherty Seminar], Canyon Cinema, Northwest Film Forum, Consolidated Works, San Francisco Cinematheque) and latter-day film distribution companies (notably Amazon, VUDU, Fandor, Kanopy and others). In addition to Marlow’s articles and interviews for numerous print and online publications, they are known to frequently host screenings throughout the world showcasing remarkable films which tend to be generally unavailable elsewhere. 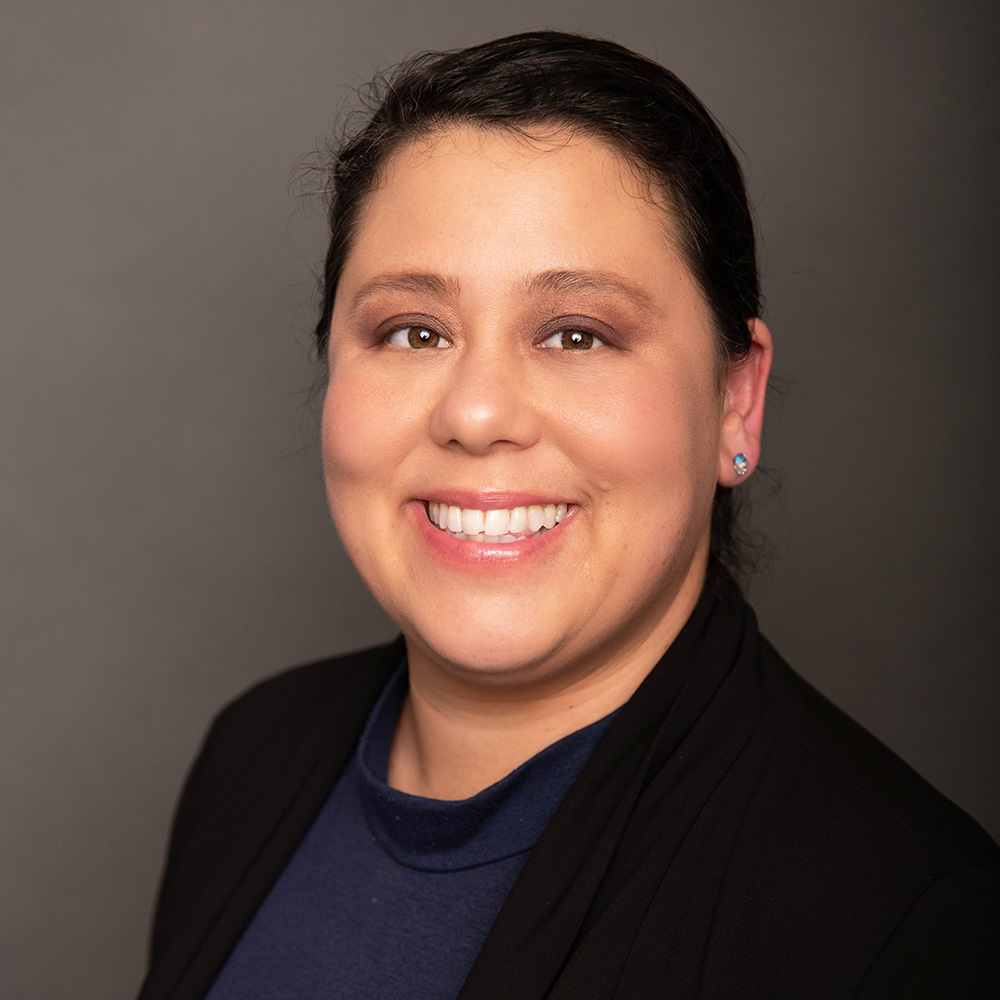 Jade (she/her) has a Bachelor's degree in Women's Studies from UC Santa Cruz and a near-complete Master's degree in Ethnic Studies. After founding a non-profit called fundakid, which ensured all youth access to high-quality programs and educational experiences, she worked with Boys & Girls Clubs of Sonoma-Marin, serving children and their families in Northern Sonoma County. There, Jade led a 20-person team overseeing 500+ youth, three school districts, and several stakeholders and community members. In tandem, she earned her Master's in Organization Development from Sonoma State. As the Executive Director of La Familia Sana, she works to implement the organization's core values of grassroots advocacy, empowerment, and education. Joining the AVFilm Board of Directors is the next step in ensuring that Cloverdale and Geyserville families have access to state-of-the-art programming and education.

AVFilm owes sincere and ongoing gratitude to the founding members whose generous and extensive contributions helped launch and shepherd the organization. Thank you for your service! 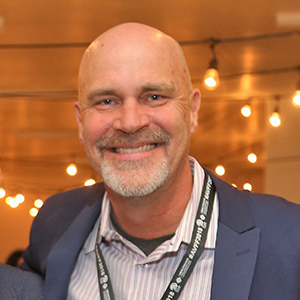 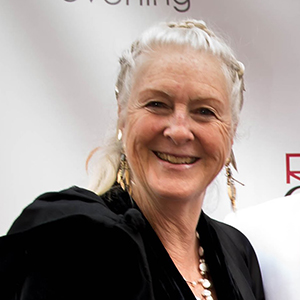 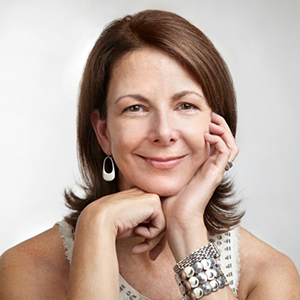 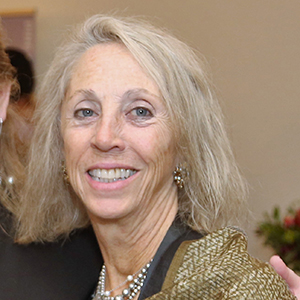 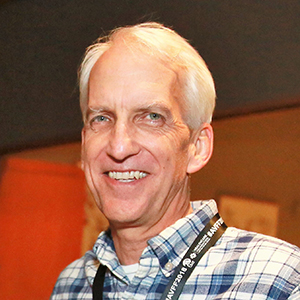 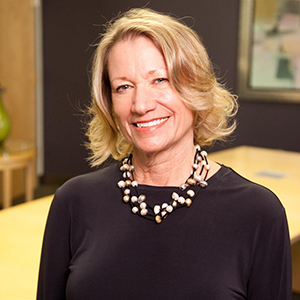